Chef Eric Duval’s cuisine gives pride of place to fresh market products and local products. So he favors the fish of the region and, during the hunting season, puts game in the spotlight: wood pigeon, hare, doe …
Traditional dishes, revisited according to the Chef’s inspiration and desires. His specialties include grilled lobster with tarragon and the hot liver of the Tatin sisters in sweet and sour.

When you are lucky enough to be able to work the lamb, the veal or the Basque pig from the Aldudes, the trout from Banka, the foie gras from the Landes and so on, no need for fuss, the product speaks for itself- even and my pleasure is to sublimate it.

Graduated of the Paris Hotel School, Eric Duval first studied with Mr. Michel Bourdin, Chef of the Connaught Hotel, one of the jewels of the Savoy group in London.

After seven years spent across the Channel, he returned to France and worked for the spa center in Anglet, before joining the Michelin-starred table at Auberge de la Galupe in Urt.

Then, it was love at first sight for Biriatou, where he took over with his wife Corine, the “Bakea” and, a few years later, the establishment next door where they will create their own restaurant now called “Les Jardins de Bakea”. 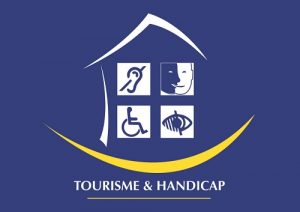 subscription to our Newsletter
Stay in touch !
Receive news from the Gardens of Bakea in your mailbox …

The establishment will be closed from Sunday January 12 in the evening until Wednesday February 5 inclusive.

See you soon ...
We use cookies to ensure that we give you the best experience on our website. If you continue to use this site we will assume that you are happy with it.OkNoPrivacy policy